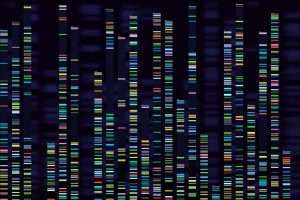 Racial inequities in healthy aging are well-known and neighborhood context has emerged as a potentially powerful determinant of these inequities and may be a key intervention site. Evidence indicates stark racial inequities in exposure to segregated, under-resourced but over-surveilled and polluted neighborhoods. Pollution and aspects of racial surveillance and control are often correlated and may operate cumulatively to result in racial health inequities. Importantly, however, these chemical (i.e., pollution) and non-chemical (i.e., surveillance and control) stressors may act synergistically, whereby exposure to the latter can heighten vulnerability to the deleterious health impact of even low levels of pollution.

Further, focus on a single disease may underestimate the overall health impact of these racially unequal exposures. It is critical to clarify the shared biological mechanisms that underlie numerous chronic diseases to understand the full impact of these features of structural racism on racial health inequities. A growing literature points to the importance of epigenetic factors, particularly DNA methylation, linking socioenvironmental context to health. With funding from the National Institute on Minority Health and Health Disparities and the National Institute on Aging, our objective is to identify underlying DNA methylation mechanisms linking neighborhood features of structural racism to measures of healthy aging. Clarifying the role of the neighborhood in racial health inequities is critical, as neighborhoods are amenable to intervention. Identifying the role of DNA methylation patterns reflecting racial segregation, including chemical and non-chemical stressors, can point to specific disease etiologies and causal mechanisms effective interventions to eliminate racial inequities in healthy aging.