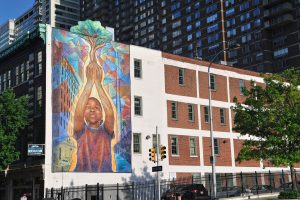 Cultural racism, or the underlying and unspoken notion of whose lives are considered worthy and valuable, results in a structural marginalization of racialized groups, with members of the broader society questioning (either implicitly or explicitly) the legitimacy of their presence in certain places, such as college, banks, or even public parks. It also results in the need on the part of members of these groups to continually engage in vigilant thoughts and behaviors — and this vigilant coping may contribute substantially to racial inequities in health. A growing qualitative literature indicates that Black adults regularly anticipate and worry about potential encounters in everyday life such as being followed in stores or having assumptions made about their intellect or character. Vigilance includes such anticipatory and perseverative thoughts and behaviors such as dressing and speaking in ways to avoid harassment or questions and preparing emotionally and mentally to respond to questions about being in places like banks, parks, work, or college. Vigilance may be particularly important for health inequities because it captures a racially-salient and prevalent form of stress with characteristics, including: (a) anticipatory stress, which predicts increased biological stress even in the absence of a stressful event; and (b) ruminative stress, which can transform acute situations into chronic sources of stress.